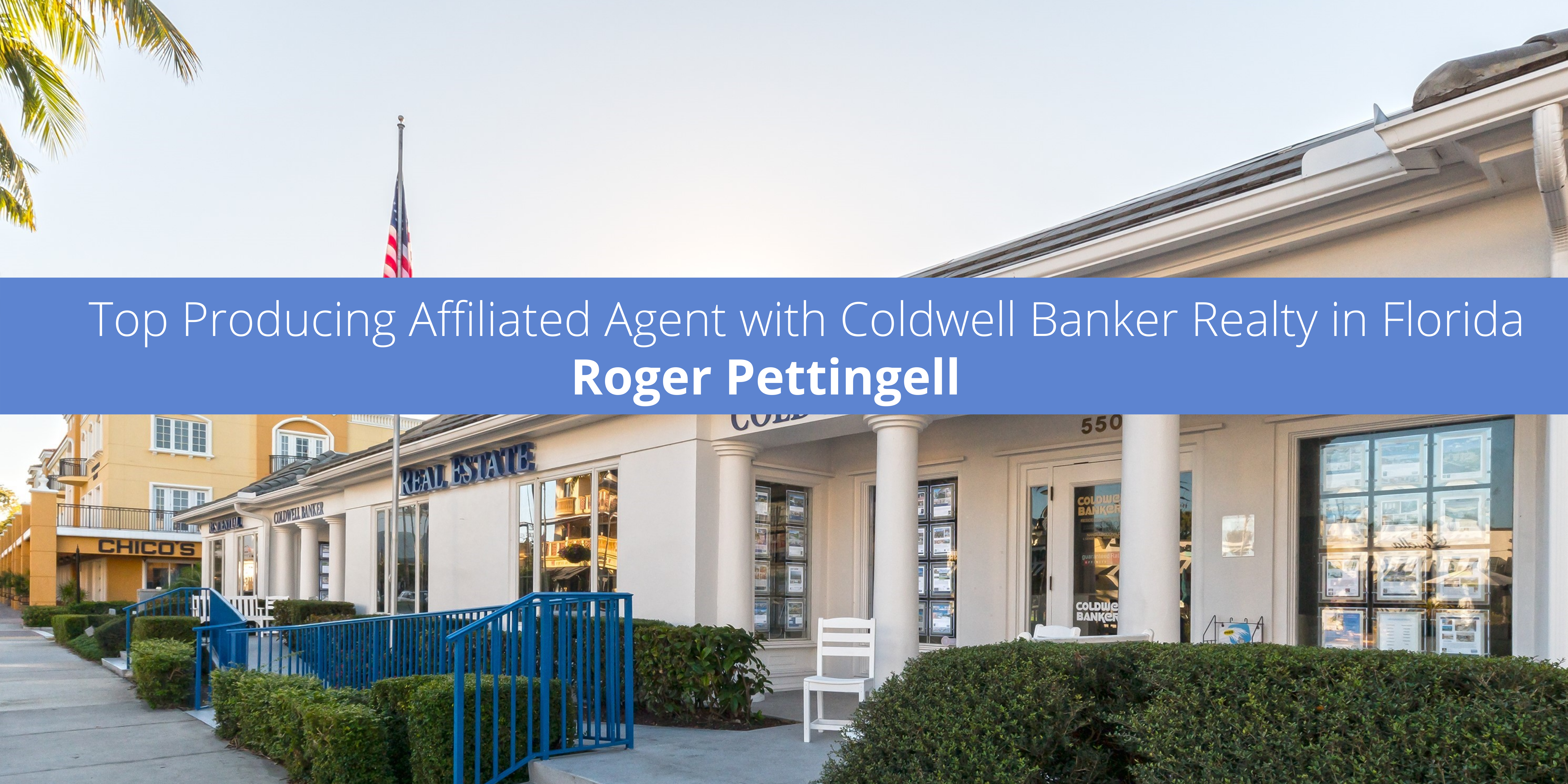 Roger Pettingell has been a consistent producer for Coldwell Banker Realty ever since it purchased the resort in 2002. Over the course of his career, he’s contracted and sold more than $2 billion in luxury properties.

Pettingell is proud to be named the top-producing affiliated agent and discusses how he came to hone his skills and climb the ladder. We’ll look at the trajectory of his professional life and what it’s meant for both his clients and the up-and-coming agents he mentors.

The Heart of the Transaction

Roger didn’t start with a passion for real estate. In fact, he originally had animals on his mind when he entered the hallowed halls of his college. However, after joining student government, he decided that being a veterinarian wasn’t his true calling.

After learning the art of marketing, he took a job as a marketing assistant at a resort in Florida. When a real estate company acquired the resort in 1985 (eventually merging with Coldwell 17 years later), he would use his customer service and marketing skills to help him transform into the agent he is today.

His fluidity is impressive and only possible because he understands the central components of his profession. At the heart of every real estate transaction, some people are looking for something. Roger Pettingell helps his clients on their journey however he can.

He distinguishes himself by prioritizing the following:

Building Up to the Prize

Being named the top affiliate agent in both Sarasota and the state of Florida may have been an honor for Pettingell. Still, it was also an accomplishment that he had been building toward for many years. Pettingell credits much of his success to staying up-to-date in his industry. “Any time there is an opportunity to be on the cutting edge, it’s where I want to be.”

He visits trade shows, conferences, and other related events to understand where buyers and sellers are today. The more he can handle their internal motivations, the better he can cut through the niceties and get straight to solving the problem.

Books, instructors, advice columns: these elements can all be integral to a successful career as a real estate agent. However, Roger Pettingell believes there is no substitute for developing a relationship with a committed mentor.

As the top producer for Coldwell, his triumphs were paved by paying attention to those who knew the industry inside and out. He advises anyone hoping to break into this competitive landscape to find a seasoned pro who will stick with them (at least until they have a real foothold in their market).

This advice is the root of Pettingell’s web series. Dubbed RealTalk, he talks about what it means to market yourself and optimize your business. While strategy certainly plays a significant role, he emphasizes the importance of sweat equity. Achieving something real means investing the most important resources any of us have – time.

Roger Pettingell at Work and Home

Roger specializes in waterfront properties across the counties of Sarasota and Manatee. He has five staff who help him make connections and offer personalized service to every client he serves. In addition to being named the #1 affiliate agent, he was also named the number one agent for Longboat Key, Bird Key, and Sarasota.

You can also learn a lot about Pettingell’s ethics from his personal life. He’s a devoted husband and father and just as likely to be spotted cheering his sons on at a tennis match as he is to be showing a property. He’s committed to his community, supporting local charities and organizations that promote a number of causes. From the Southeastern Guide Dogs to the West Coast Black Theatre Troupe to the Child Protection Center, he uses his resources to bring peace and joy to the people in his neighborhoods. Finally,

Roger Pettingell is a member of the Big Brothers Big Sisters, Adopt a Family, and the American Red Cross.